Registration is open. You must be registered to be able to attend.

View images from our 2019 Meeting

Founded in 1923 by the science faculty and science students of Lincoln University, Lincoln University, Pennsylvania, Beta Kappa Chi National Honor Society is a collegiate honor society dedicated to the promotion of high scholarship in pure and applied sciences.

A member of the Association of College Honor Societies since 1961, Beta Kappa Chi now comprises 67 chapters at colleges and universities across the United States, with over 66,000 members.

The society publishes the Beta Kappa Chi Bulletin and a Booklet of Information; sponsors, stimulates, and encourages a variety of program activities through local chapters; conducts an annual national convention to transact society business and for the presentation of reports on research conducted by undergraduate and graduate members.

or contact us if you are a student interested in becoming a member of Beta Kappa Chi, or a faculty member of a college wishing to form a chapter. 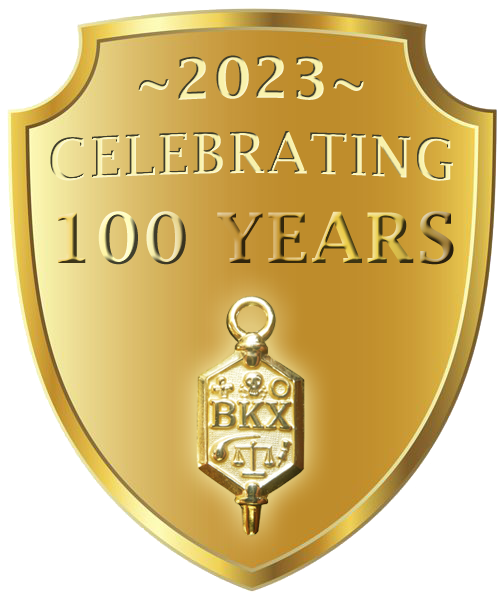 78th Beta Kappa Chi and the National Institute of Science Joint Annual Meeting will be hosted on March 29 - April 1, 2023 in Charlotte, North Carolina.

Theme: A BKX Centennial Celebration Honoring the Past, Embracing the Present, and Celebrating the Future

In 1923, Beta Kappa Chi Scientific Honor Society (BKX) was established as the first African American STEM Honor Society in the nation. It is my distinct honor and privilege to serve as president of this esteemed organization. Our purpose is to ensure the stimulation of high scholarship in pure and applied sciences and enhance the motivation of intellectual growth and nurturing of quality leadership in the pursuit of scientific advancement. Education and the pursuit of excellence through scholarship is our one of our most valuable weapons in the fight against racial inequality. One can only imagine the barriers of systemic racism that our predecessors had to endure, while being a Black scientist in America. All of Beta Kappa Chi’s founding chapters were Historically Black Colleges and Universities, since African Americans were not allowed to join majority honor societies. Today, 97 years later, America is in monumental moment where systemic racism continues to threaten yet another generation of black scientists. Our future scholars should have the opportunity to live in a nation that lacks discriminatory practices. In May of 2020, light was shed on America’s “evil” within the criminal justice system. A law enforcement officer assassinated George Floyd, a black man, with his knee on his neck, while three others knelt on his back. A young woman like, Breonna Taylor, should not be murdered while asleep at home and certainly, Ahmoud Arberry, should have been able to jog in his neighborhood without being executed. There was no crime, except they were black. We must stand in solidarity to work together and demand systemic change for racial inequalities and injustices that plague our local, state and federal government. Beta Kappa Chi stands strong and unified for change and encourage a peaceful movement against racism. Beta Kappa Chi Scientific Honor Society’s unparalleled mission for education, scholarship and scientific excellence will endure with zeal as we mandate positive police reform and racial equality for all.